Paradiso: A Taste of Paradise in the Born

Do my eyes deceive me? What would cause a group of people to stand in line on a Friday night for what appears to be an ordinary-looking sandwich shop in the Born district of Barcelona? Are they giving out free sandwiches? Is this another recently opened Ferran Adrià hotspot? At first glance it doesn't make sense. Why would hordes of people eagerly queue at such late hours for two pieces of bread and some smoked meat? I approached the bouncer at the entrance and he informed me that it wasn't the pastrami sandwiches that were causing a stir -- the real reason,he clarified, was hiding behind a refrigerator door. As it seemed, the sandwich shop, which consequently serves excellent food, was a front for a hidden gem: the latest, ultra-trendy speakeasy lounge properly titled Paradiso. That’s right, behind one of the shops otherwise normal-looking refrigerator doors you find another world all together -- as if the person behind the idea read The Lion, the Witch and the Wardrobe all too often and took inspiration, verbatim. The truth is Paradiso is the brainchild of the local Rooftop Smokehouse crew that always churns out delicious smoked artisan goods from, you guessed it, rooftop terraces, as well as local food trucks. 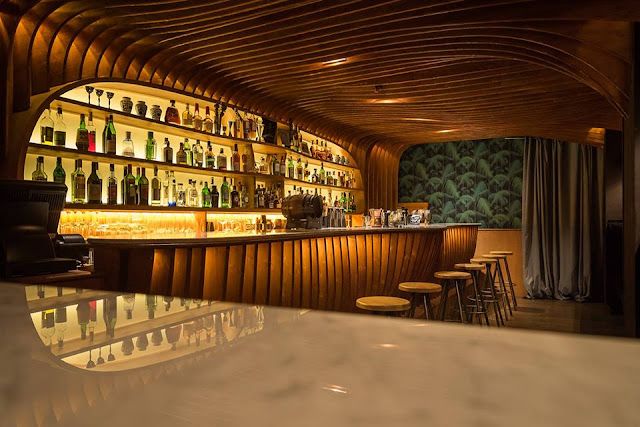 However, Paradiso takes their game to a whole new level. One step inside and the decoration is what first hits you. It’s breath-taking and completely unexpected, with wood-paneling from wall to wall. Are we in a sleek Norwegian avant-garde cabin for hipster pipe smokers? Are we inside a petrified whale’s carcass cast in wood? The interior space was the product of pulling from various styles together such as Art-Deco and Minimalism and adding a splash of cool in the mix. It’s the sort of place where you would expect the staff to be wearing tight black turtlenecks and Warby Parker frames. Of course, they aren’t, but they are certainly some of the nicest and most attentive that I have had the privilege of being served by at any lounge in Barcelona. Drinks do often take their sweet time to be made, but what’s the rush? Expect that if you order a complex blend, when the place is packed, the wait will obviously be longer. Still, it’s the sort of place that won’t let that get to you. The chill out music (that despite being a bit loud at times) causes you to lose track of time and reality and helps settle your mood. So go ahead, kick back, and enjoy an expertly-crafted cocktail and if you are hungry order yourself a pastrami sandwich while you are at it. After all, you are worth it. And if adventurous and open-minded is how you would describe yourself, then a must-have is the Kentucky Whisky Sour. So next time you are in the Born area, step into Paradise; its closer than you think. 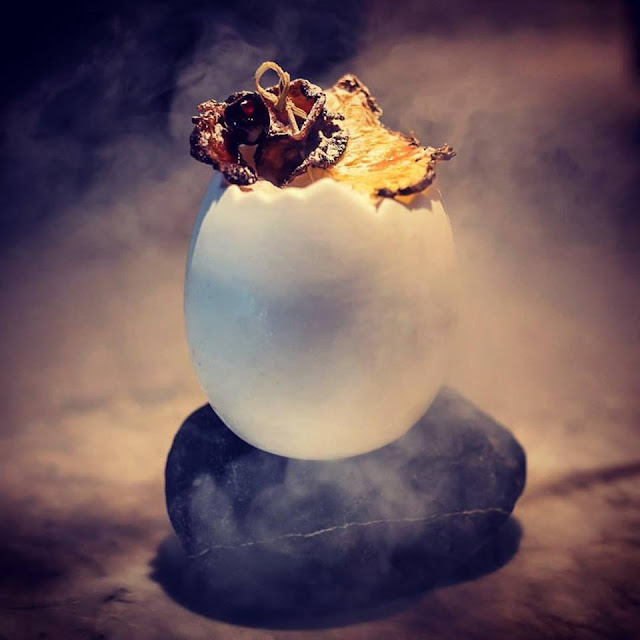